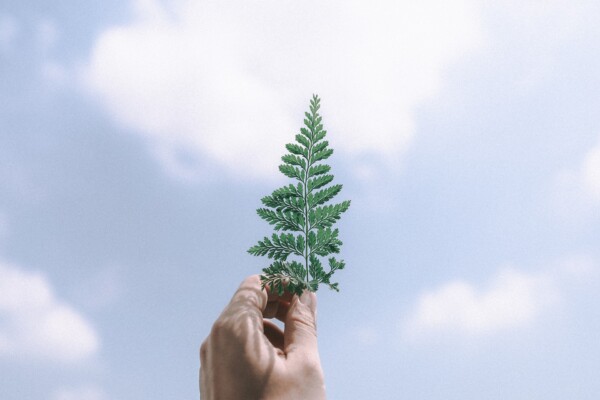 For some, believing in God or a higher power of some sort may not be an acceptable thing to do. It may not be considered “cool” or “scientific” to hold a belief in God, however, this does not make it wrong.

If you are struggling with whether or not it is acceptable to believe in God or another higher power, try considering the following questions in order to gain some clarity.

1. Is it Logical to Believe in God?

When asking if a belief in God can be defined as logical, one has to first consider their definition of “God”. If the natural world is synonymous with the existence of God, then yes, it is logical to believe in God. If a mythical bearded man residing in the clouds is how you define God, then no, your belief doesn’t seem logical.

For those who prefer science as an explanation for everything, we experience, believing in God will not seem like a logical thing to do. This particular group of people defines logic as something provable and easy to identify and qualify with experimentation.

Conversely, believing in God may be a very logical thing to do when no other explanations are available. Miraculous things do occur and cannot always be explained using scientific logic. If scientific reasoning and experimentation can’t provide answers, it can be logical to believe that a higher power is behind the mystery.

2. What’s Wrong With Believing in God?

The five most common reasons for not believing in God are;

a. There is No Scientific Evidence for God’s Existence

Some will argue that there is no scientific evidence that God exists. We don’t have any tangible or manageable proof of God’s existence. This point of view is based on the idea that if God plays such a central and important role in humanity, we should be able to prove its existence.

b. It’s Illogical to Believe in God

God is seen by many as an invisible, unexplainable concept that defies the capability of human logic. The main argument behind God as illogical stems from the idea that there is no explanation for the creation or origin of God.

c. The Existence of Suffering

For many, it is difficult to believe in the existence of God when there is so much suffering happening on the earth. Supporting the idea that an all-powerful being exists but who refuses or is unable to end suffering is impossible for some people to do.

Historically, humans were more prone to asking God to sustain them and provide the basic necessities of life. Now that we live in the post-industrial era, necessities such as food, water, and shelter are taken for granted by most people and are not associated with being provided by a higher power.

e. Life is Better Without God

For some people, believing in God means living a life that is filled with sacrifice, hard work and putting the needs of others before their own. For most people, living in our current times means following our own rules and enjoying putting ourselves first in every area of life. harder than it needs to be.

3. What are the Reasons to Believe in God?

Here are five popular reasons to believe in God or another higher power.

a. Faith is Inevitable

Humans have always had faith in something. Believing that there will be a tomorrow when falling asleep at night requires faith.

A 2011 study at the University of Oxford found that people have a natural tendency to believe in a higher power and life after death. The research conducted across 40 separate studies in 20 different countries suggests that people instinctively have faith that part of their mind or spirit lives on after death.

We are hardwired psychologically to believe and have faith in a higher power.

b. Science Has Its Limits

This reason is based on the premise that science can’t explain everything. There are some well-documented phenomena that have occurred which do not seem to have a cause rooted in science. These phenomena include; the placebo effect, the Belfast homeopathy results, and the ocean’s twilight zone.

Most of us have heard or read of someone who has experienced recovery from a serious illness that can’t be explained by medical experts. Or perhaps we know of someone who was in desperate need of money and came into a surprise or last-minute windfall. Miraculous events do occur and many see them as evidence that God exists.

Another reason people believe in God is to fill in the blanks when it comes to the origins of human beings on earth.

The scientific explanations for the creation of life on earth, specifically Darwin’s theory of all life starting from a single organism, fail to explain what created that first organism.

The perfection, beauty, and detailed intricacies of our natural world are another reason people have for believing in God or a higher power. Nature gives us the basic framework for how God operates and wants us to live.

“Natural Theology” supports the idea that nature is evidence of God’s order and creativity. Some even believe that the healing powers found in nature can save those that are ill or who have lost their way in life.

4. What is it Called When You Believe in God But Not Religion?

When we believe in a higher power but not in a specific religion, we are typically thought of as “agnostic” or possibly “spiritual”.

This school of thought tends to Accept God more as a concept of creation but doesn’t judge God as “good” or “bad”. God can be viewed as a universal, energetic force that provides us with the necessities of life.

We can see ourselves as reflections of this force and behave we are the ultimate creators of our own experience.

5. Is it a Good Thing to Believe in God?

Many feel it is socially unacceptable to believe in God. With today’s widespread acceptance of various beliefs and identities, believing in God in the traditional sense has become passe for many.

Belief in God can be seen as too traditional or not progressive enough in today’s world. For some, believing is a sign of weak intellect and a perceived inability to accept science and other “definitive” means of gathering information.

Whether or not believing in a higher power is “good” is up to the individual. It makes more sense to judge the behavior of someone as “good” or “bad” than it does to judge their beliefs.

link to Ghosted in a Serious Relationship? 5 Tips on How to Deal.

It doesn't seem likely, does it? Someone who you've been in a relationship with for years, possibly even lived with or have a family with has up and left you without a word. Unless you were an...

Continue Reading
link to How Do You Respond to Being Ghosted? You Don't! Here's How.

It's happened to the best of us. We meet someone amazing, establish a connection, and exchange messages and calls. Then all of a sudden, there's nothing. The messages stop. It's as if they have...